Roe was the Floor – What Comes Next 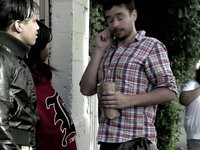 By Sande Smith, Director of Communications at the Women’s Foundation of California

“Being that I work with young women everyday I would love to see our society and our communities really supporting young mothers so that they can be the best parents they can be, and so there won’t be so many young people in the prison system.”  Leajay Harper

I heard Leajay Harper say these words while I was at Connecting California 2010, a conference hosted by the Women’s Foundation of California. A young mother herself, Leajay is a passionate advocate for the rights of pregnant women and young mothers in the prison system.

Once a young woman enters the prison system, it becomes extraordinarily difficult for her to be a good parent (for the full scoop, check out the National Council on  Crime and Delinquency Center for Girls and Young Women). The Council notes that 83% of young mothers in the prison system say that they were separated from their infant within the first three months of their child’s life. 54% of those girls did not have a single visit with their babies while in detention.

To nurture young parents and fortify their connections with their children, the Center for Young Women’s Development (a Women’s Foundation of California grant partner) helped to create the “Incarcerated Young Mothers Bill of Rights.” The bill of rights teaches young mothers that while in prison, they have the right to be treated with dignity — to talk to,  see and be with their children.

Young Mothers United (YMU) worked with YO! Youth Outlook to build awareness about the dilemma facing young mothers in prison. The result is a touching 7-minute video. Check it out here. The video aired on Channel 29 in San Francisco.

Leajay Harper is a fellow of the Women’s Policy Institute, a program of the Women’s Foundation of California that trains women leaders in policy advocacy. She’s part of a team working on AB 1900, a bill that will restrict the use of shackles on pregnant women when they are transported. Click here to find out how you can get involved.